“You are the salt of the earth: but if salt has lost its taste, how shall its saltness be restored? It is no longer good for anything except to be thrown out and trodden underfoot by men. (Mathew 5:13) 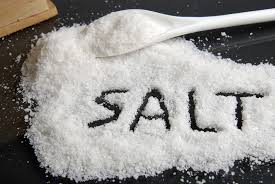 Jesus referred to us, His followers as the salt of the earth, who possessing the above qualities of salt were to be His witnesses in this decaying world. However, if Christians have lost their saltness (witness value) by compromise with the world and its ways, then who will preserve this dying world, who will be an instrument for the removal of sin and corruption, who will bring healing to the multitudes of wounded.

God’s grace and mercy is always available for us, it is true, but as Christians we should possess the flavour and fragrance of Christ continually. Whatever weakens our attachment to Christ destroys our saltness and our ability to be a witness, a preserver of truth and a healing agent for Christ. It is not gross sin that does it, but it is the little things of everyday life which are chosen before Christ that reduce the Christian’s saltness (effectiveness). When the world creeps in the salt has lost its flavour.  “Love not the world, neither the things [that are] in the world. If any man loves the world, the love of the Father is not in him. For all that [is] in the world, the lust of the flesh, and the lust of the eyes, and the pride of life, is not of the Father, but is of the world” (1 John 2:15-16).

Application:  Check your saltness (Christian witness value) in the place where you are planted. Eg: If you work in an office: Are you different from the others around?  Do you partake in the same dirty jokes, the same activities after office hours, the same habits, and the same lifestyle?  Or do they point a finger at you and say, this man / woman is different! If not, if they embrace you as their bosom friend, then you are part of them. You have lost your Christian witness and are not worth your salt.  But like the prodigal, if we will return to our senses and come back to our Father’s house in repentance, and receive the robe of His Righteousness, He will cleanse and forgive us and restore our salt.